So I did a lot of heavy research on this topic (reading online articles at 2am, and deep thinking) and there are a lot of listicles about “Signs to Dump” and a lot less on why breaking-up is actually not an easy task for a lot of people to do. There are many people who KNOW that they should end a relationship and yet find it physically impossible to do so, and this made me extremely curious about the mental and medical effect relationships have on our bodies. (“Heavy”)

So, here is my grand completely-exaggerated, possibly-fabricated, non-scientific theories about why breaking up is so hard to do.

*Note: If you are in the process of a break-up, recently broken-up, have ever been dumped or just enjoy feeling depressed, you can hit play on this song as the soundtrack of this post.

“When it comes to saying ‘good-bye’, that’s a simple word that I just cannot say.” (Goddamn you, Gladys)

1. Always the Dumpee, Never The Dumper

You would usually meet 2 types of people: the ones who dump, and the ones who get dumped; the Do-ers and the Dreamers. The Do-ers tend to get a bad rep, they usually come off heartless and cold for making the decision everyone knows to be the best one. They’re the ones who rip the band-aid off. Then, there are the Dreamers; the ones who reside in memories and possibility. I don’t think one is better than the other – the Do-er tends to throw the baby out with the bathwater whilst the Dreamer tends to smother the baby to death. 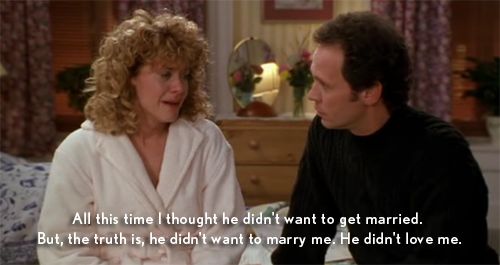 3. We Fail, Therefore We Are 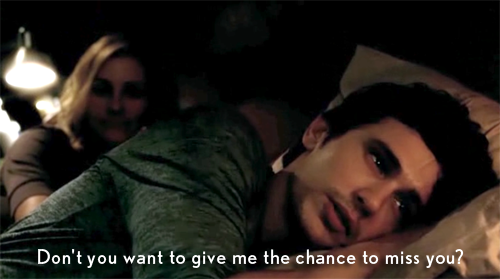 A relationship is usually an investment of time, energy and commitment. Of course this grows exponentially as years go by but I wouldn’t dismiss a brief encounter to be without its intimacy. 3 months of a solid awesome honeymoon period can drag on for more than a year without either party wanting to acknowledge it just doesn’t work beyond the ethereal bliss of any new beginning – as it hints at flightiness and fleeting moments. We’re adults, we can’t have crushes! And anything that lasts more than a year is doomed to terminal illness – let’s turn this once-beautiful body into something broken apart. Why? Cos you’ve put in the time (in the adult world, one year is a considerable amount of time) and we must not fail. All your friends and the social media sphere thinks you’re in love – you can’t take it back now without the ending being shockingly obvious (another break-up?!).

Note: Everyone has an awesome life on social media – it’s curated and sculpted. I’m not going to instagram myself mouthing EPO pills during a PMS fit.

And this where I get mildly scientific. Humans are conditioned to stay together, we survive as a species. We all create attachments and sometimes, these attachments get mistaken for “love”. The attachment bond when not healthy, can create false security and overly strong emotional connection – that the mind literally cannot comprehend breaking – since it ticks all the boxes of a “keeper”. That’s why you meet people who in spite of their heart knowing the reality and truth of a negative relationship, cannot bring themselves to end the relationship on the grounds that the relationship works on paper.

And the simple reason: it’s just not easy. For the better part of the relationship, you’ve convinced yourself, your family and your friends that this is the greatest person in the world. That they have a great sense of humour, are awesome in bed, are smart and even has a great name. Until it becomes “sarcasm”, “we’ve stopped having sex”, “critical” and “changed the cute name in phone to full name”. Having to stop and walk back to the beginning line without a prize, after an impressive sprint is tiring and hurts. It’s training for the marathon but having to stop in the middle. It’s flying halfway to Hawaii and having to land in Siberia cos there isn’t enough gas in the plane. It sucks.

One Reply to “Why Breaking Up Is Hard To Do.”